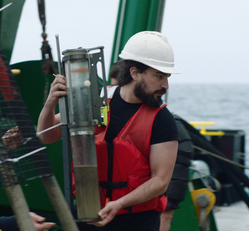 By Jacki Moonves
Ever since I was a child, I have been fascinated by nature and the riddles it poses for us human beings. I was born and raised in the city of Beer Sheva, in the desert of the Negev, south Israel. Growing up in the desert has had a huge impact on me: where geological features are amplified by the lack of significant vegetation, where the ecosystem is teeming with life despite the less than 200mm precipitation per year and where the stars  shine brightly in the clear night sky.


Years later I applied for a B.Sc follow by M.Sc in the Department of Geological and Environmental Sciences in Ben-Gurion University of the Negev.  I found out that one of greatest challenges of our time is understanding the coupling between land, air and sea, and the way biological, physical and chemical processes interact  together to form the Earth as we know it. I completed my Ph.D at the Department of Earth Sciences in the University of Cambridge where I was studying the mechanism of microbial sulfur metabolism using sulfur and oxygen stable isotopes in marine and  marginal marine environments. 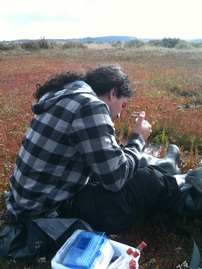